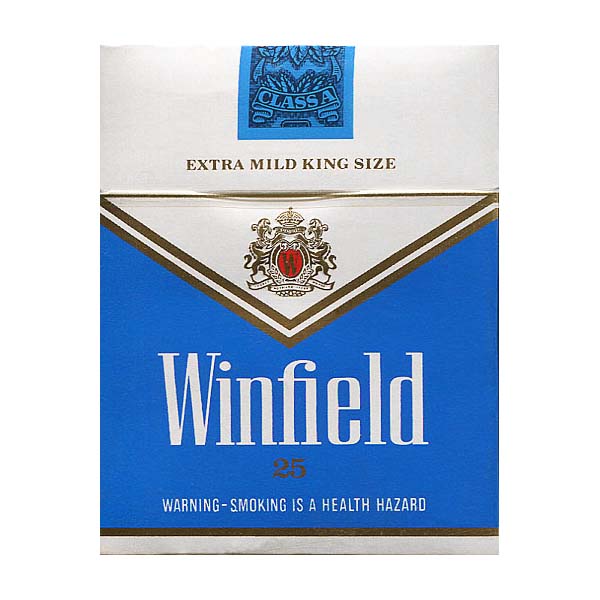 You must be at least 18 and be legally able to purchase and possess cigarettes in your country.

Winfield cigarette is one of the most popular tobacco brands in Australia. Value for money – the ideal component of cigarettes, whose history began back in 1972. Winfield was launched in 1972 and entered the Australian market in the common pack size of 20’s. Every year the brand continues to grow and develop, releasing new products to the market, covering all segments of the international tobacco market.

In 1972 British American Tobacco Australia – BATA started production of a new cigarette brand – “Winfield”. At first, the purchase of these cigarettes was possible only in the network of special tobacco stores. Now, these European cigarettes are exported to about 100 countries. West brand left the brightest trace in the field of promotion of products on the market thanks to good marketing moves.

Filter cigarettes were first created in Europe and soon became the No. 1 product among local smokers. Australian manufacturers picked up the trend and began to develop their own products. The developers have set the task to keep a strong, rich taste, but to provide a reliable filter cigarette.

Other slogans found on an Australian Winfield packet today include “Australia’s own since 1972” which is located on the silver foil insert, and “The Genuine Australian” on the top of the lid. Also, if looked closely at the emblem of Winfield the motto “Force no friend, Fear no foe” can be seen. If a Winfield packet is turned upside down the word “PLAY” can be seen clearly.

BATA Tobacco used a special tobacco blend, which quickly became popular. A distinctive feature of the menthol was the addition to the classic blend of Burley tobacco sort, fermented with the latest technology of heat treatment to create a light caramel aftertaste.

The first advertising slogan of the company was: “5 smokes ahead of the rest”. They were the first brand in Australia to launch a pack size of 25’s and used this to convey their image of being good value to the everyday Australian. Winfield remains available in Australia today in 20’s or 25’s.

DUE TO COVID-19 AND RECENT FLOODS, AUSTRALIA POST IS EXPERIENCING DELAYS ACROSS THE COUNTRY, ESPECIALLY PACKAGES TO WESTERN AUSTRALIA, NORTHERN NSW AND QLD. PLEASE ALLOW EXTRA TIME TO RECEIVE YOUR PACKAGES. OUR PRAYERS AND THOUGHTS GO OUT TO ALL AFFECTED PEOPLES. Dismiss